We offer a growing range of formulations with EFSA approved health claims for white labelling. These herbal products target specific area’s of health, and allow for specific health claims to be made under EFSA regulation, with a unique KAAG number for each product.

What is a health claim? Let’s look at the definition of the European Commission: ‘A health claim is any statement about the relationship between health and food. The commission authorises different health claims provided they are based on scientific evidence and can be easily understood by consumers.

The EFSA has the authority to decide what claims can be made. The most important requirements of a health claim are that it must be supported by scientific evidence, and easily understood by consumers.

CBD products, when marketed as a food supplement, must obide by these rules. The EFSA has jurisdiction over all European Member States under ‘regulation nr. 1924/2006 of the European Parliament and of the council, 20 dec. 2006 on nutrition and health claims made on foods’.

Health claims concerning cannabinoid products are a relatively new phenomenon, and they haven’t included anything regarding CBD in their database of allowed claims. They do allow member states to make their own policy where the EFSA hasn’t decided anything yet, but only minor variations occur within the Union (the limit of THC allowed in CBD food supplements varies between 0%, 0,05% and 0,02% in different member states). 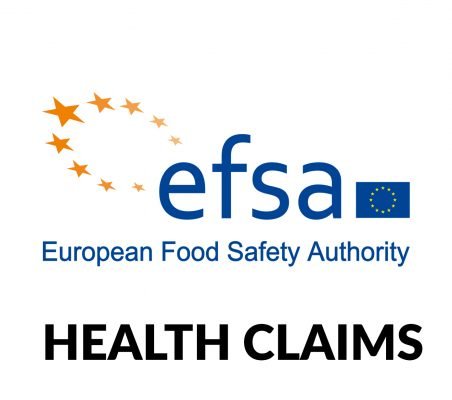 There are rules about what you are allowed to say

The way most consumers in 2018 have informed themselves about the supposed health claims related to CBD and hemp extracts, has been by (social) media and through the internet and word of mouth.

But anecdotal evidence doesn’t constitute scientific research, and so an empty space appears between what the consumer wants to know and what the producer is allowed to speak about.

There are a number of approaches that can be combined in an effort to overcome this problem, and to bridge the knowledge gap between the producer, marketeer and consumer of CBD products.

One of the obstacles to overcome is the method of application. The most common method of ingestion is still by sublingual drops, which requires a lot of fine motor skills and acute eyesight. Drops must be counted individually to establish the desired dosage.

There is a lot of room for improvement, and a lot of room on the market for well-thought out marketing and information strategies.

Blending hemp extracts with other herbs and plant extracts.

One of the solutions we at CBD Oil Europe offer is a range of unique formulations, blending hemp extracts with other herbs and plant extracts. The herbs we add have EFSA approved claims attached to them, and have all been designed to target a particular areas of human health. The growing range now includes products that target: sleep, focus and learning, skin and muscle. We are working on developing an encapsulated product to target the gut. They are produced according to the international standard for food supplements, FSSC22000.

The direction the market will take depends ultimately of the decisions that EFSA makes regarding the growing body of scientific research. We will let you know when they have.

There are no reviews yet.

Be the first to review “HEALTH CLAIM FORMULATIONS” Cancel reply